The launch event in Quezon City was attended by reporters and staff of various major Philippine news outlets and blogs. 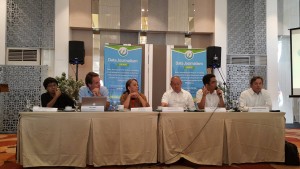 PCIJ Executive Director Malou Mangahas underscored the storytelling potential of data-driven journalism, particularly in an age of social media and cloud computing—barring hurdles to “liberating” the data for public consumption.

“The potential for stories is there, but the data regime in the Philippines is based largely on hard copies. A lot of information is still on paper—it’s unreliable, inaccessible, and not so open,” she explained. 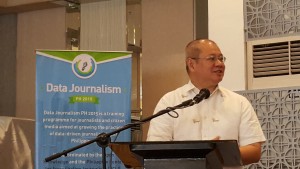 Usec . Bon Moya during his presentation

According to independent site InternetLiveStats.com, in 2014 alone, the Philippines registered an Internet penetration rate of almost 40 percent, with 39.4 million Internet users out of a population of just over 100 million. The country follows behind its neighbors Malaysia and Vietnam, which boast penetration rates of 40 percent and 43 percent, respectively.

Moreover, it is hoped that greater public awareness of data journalism will enable greater transparency and accountability from government.

“The Philippines has an incredible opportunity here. The move for freedom of information is a chance to leapfrog other countries in terms of transparency. But transparency is just a means to an end, which is accountability,” said OKF data expert Sam Leon. 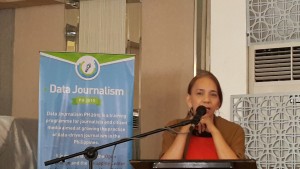 But for that to happen, it is important to develop basic data skills among journalists, bloggers, and other public watchdogs—many of whom might feel intimidated by the need to work with numbers.

“Kailangan bawasan ang takot sa numero. It’s not all about math. The challenge is to find the stories behind the numbers. Numbers are only significant if we can draw meaningful stories from them,” said Commission on Audit (COA) Commissioner Heidi Mendoza, who also spoke at the event.

Wrapping up the launch event, World Bank economist Rogier van den Brink likened the Philippine situation in terms of pushing for public accountability to that of the early United States. 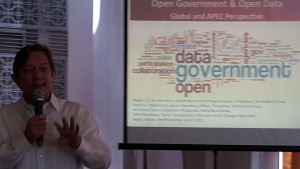 “This has happened before,” he said. “The present Philippine experience echoes that of the US in the 1800’s, when ‘muckraker’ journalists formed coalitions with civil servants to expose problems in a government that was highly corrupt.”

The intensive workshop runs from July 13 to July 15, covering the basics of how to acquire data (including the process of “scraping” data to convert it into machine-readable format); data analysis; and data visualization. 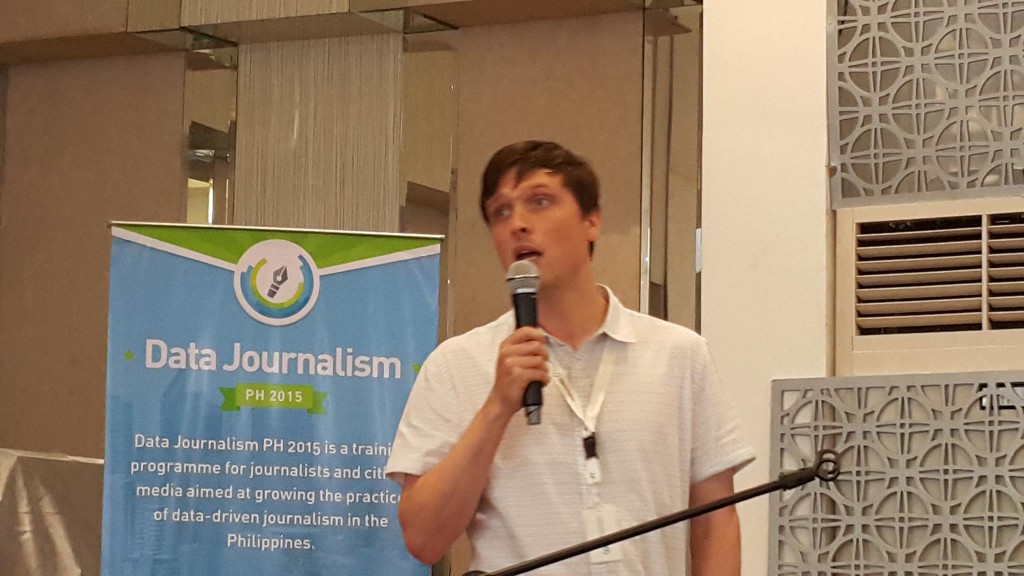 Sam wrapping-up the morning program and presenting what to expect on the 3-day workshop for the media participants.

No description set for this author.